Gum disease, or Periodontal disease, is an infection that occurs in the gums (also called gingiva), deep tissues, ligament, and bones that support your teeth. Together these tissues are caled the "periodontium". The word “periodontal” means “around the tooth.” Unless the disease is treated, it can ultimately lead to tooth loss. In fact, the American Academy of Periodontology lists gum disease as the primary cause of tooth loss in adults age 35 and over.

Your mouth naturally produces a sticky substance called plaque that is made up of mostly bacteria. Without adequate brushing and flossing, this plaque builds up on your teeth. The bacteria in plaque produce poisons, or toxins, that irritate the gums, causing infection. As the infection increases in severity, it breaks down the bones and tissues that hold your teeth in place.

Gingivitis: The initial stage of gum disease, known as gingivitis, is the mildest form of gum disease. During this stage, only the gums become swollen and red, and may bleed with brushing or flossing. Gingivitis is frequently painless, and as a result, many people suffering from it don't seek advice or treatment. But with professional treatment and daily attention to oral hygiene, gingivitis can be stopped before it progresses and irreversable damge is done to the deeper tissues of the periodontium.

Periodontitis: Untreated gingivitis may develop into periodontitis, the more extreme form of gum disease. In this stage, the infection progresses to the deeper tissues of the periodontium, irreversably effecting the bone and ligament. As the bone and ligament are destroyed the overlying gum separates from the teeth. The newly created spaces between the gums and the teeth are called pockets. As the disease progresses, these pockets grow larger, allowing for greater damage to deep tissues as well as bone. When the pockets get deeper they also become harder to keep clean and the disease progresses even faster. When enough tissue and bone are affected, the teeth loosen and may fall out or need to be removed.

Gingivitis and periodontitis are fundamentally diseases of inflammation. "Itis" is a medical term for inflammation, as in periodontitis, or arthritis, or appendicitis. An appropriate and time limited inflammatory response is essential for your body to fight disease and rid itself of bacteria when infected. The problem comes when the inflammation goes on and on, becoming chronic and excessive. This leads to your own inflammatory response causing bone and tissue damage, a sort of "collateral damage" in the fight against bacteria. This excess inflammation affects your whole body, and is at the root of the relationship between gum disease and other systemic diseases.

Other kinds of gum disease

In addition to gingivitis and periodontitis, the term "gum disease" also includes things like:

Signs To Watch For

Because gum disease can exist without pain or discomfort, it's important to be aware of the possible warning signs that may indicate a problem.

If you suspect that you may be suffering from gingivitis or periodontitis, make an appointment with our office or your dentist immediately. We can diagnose the problem, determine how far the disease has progressed, and recommend an appropriate treatment. 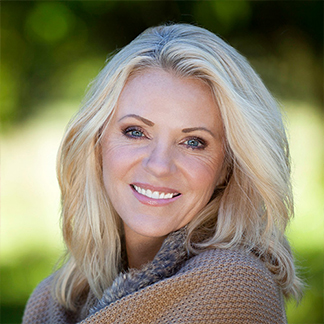